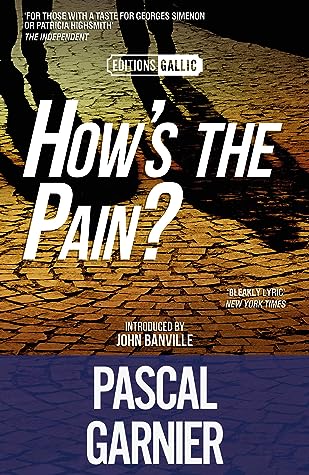 Simon Marechall is a hit man preparing for his last job before retirement. The job is down south along the French coast. After meeting Bernard, a young man who has been injured at his workplace, Simon decides to take him on as a driver. Setting off down south, they spot a bit of trouble on the roadside between a feuding couple. Bernard stops to help, and soon Fiona and daughter Violette are tagging along with Simon and Bernard. Along the way, bodies pile up as Simon does what he does best, pest control. This odd little group begins to appear just like a family on a holiday as they find lodgings in a campsite at the beach and grapple with the way forward. Except for Simon, who knows this is the end of the road long before the journey began.

In this book, the pain is deep and widespread. Garnier is a master at seeing the underside of life. In typical fashion, he presents a world that is both horrific, sleazy, comic, and ordinary all at the same time. And like most of his stories, this one gets right under the skin. Before you know, you almost feel sorry for a hit man. Garnier never fails to deliver unexpected, offbeat characters, scenes, and dialogue. All of which makes him one of my favorite writers.

Thanks to Gallic Books for allowing me to read this book in exchange for an honest review.

Posted by Susannesbooklist at 8:25 AM No comments: 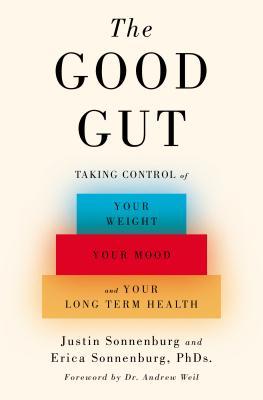 If you are interested in learning more about the microbes that live in your gut and how they influence your health, then The Good Gut is a book for you. The authors argue that microbiota in our bodies affects both our health and our mood. Interestingly, our ancient ancestors had a lot more bacteria in their guts than we do today, leaving the authors to wonder if the absence of this bacteria is the cause of many modern diseases. With changing diets and the increasing overuse of antibiotics, we may be experiencing higher rates of illness than our ancestors. This book helps you get your microbiota back on track. There is even a useful menu section at the end to help you feed your gut correctly.

Having read this work, I'm now thinking about how I can nourish and care for the bacteria residing in my gut. If you are interested in taking charge of your health, this informative, easy to read book is one to consider. 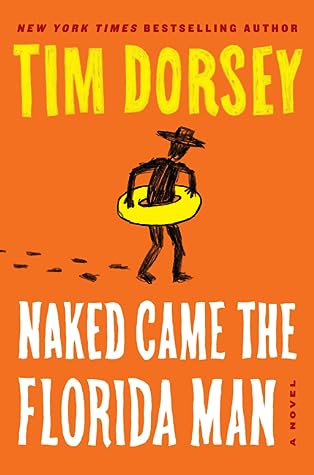 Serge A. Storms and his sidekick Coleman decide to take a road trip in Serge's 1969 Plymouth Satellite. Although a hurricane is approaching, they have decided to embark on a grand tour of Florida's forgotten cemeteries hoping for the best. Along the way, Serge will examine the local history and meet residents who are trying to find hidden treasure from the great hurricane of 1928 along with a high school student working hard to make it on the local football team. And when necessary, Serge will sort out a few injustices in unique and creative ways.

While I found some of the lines in this story amusing, I could not get into the characters and their juvenile pranks. Initially, I wasn't sure where the story was going. It seemed to ramble along, shifting back and forth in time, which made it seem like it went on forever. On a positive note, it was filled with action, and the author's style is unique, but overall, this was a tossup for me. While I can see that Serge and Coleman likely have a large following of fans, I hate to say that, based on this story, I'm probably not one of them.

Posted by Susannesbooklist at 6:48 AM No comments:

Review: The End of the Line 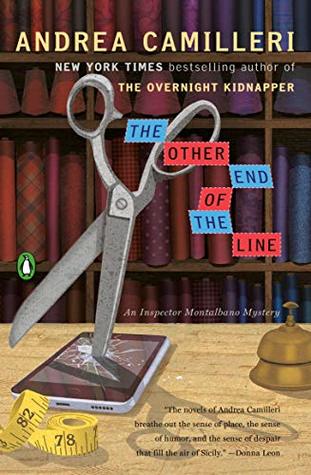 The Other End of the Line
Andrea Camilleri

In The Other End of the Line Inspector Montalbano and his team of officers in Sicily are inundated with migrants who have been rescued at sea and brought to the local port. Along with concerned locals, Montalbano and the police have been doing the best they can to cope with the crisis. But when Montalbano is pulled away to investigate a murder, he is saddened to find the body of Elena, a local seamstress who was in the process of making him a bespoke suit. His connection to the victim ensures that he will do everything he can to find the murderer.

Once again, Camilleri has written a gem of a story. Drawing on current events, he highlights the issues facing migrants and the locals who are trying to help them. The colorful cast of characters, the witty dialogue, and the intricate storyline are what make Camilleri, to my mind at least, a master storyteller. Then there is the reference to sublime food of Sicily, and life beside the sea which gives the reader a real sense of place. Fans of this series will be happy to know that Montalbano has lost none of his charm and ability to solve even the most complex of cases in Montelusa.


Posted by Susannesbooklist at 9:15 AM No comments:

Rachel Krall hosts a successful podcast about true crime. She's just arrived in a small town on the North Carolina coast to cover a well-publicized rape trial. The small town is divided about the case, and tensions are running high because a well known local swimmer and Olympian hopeful has been accused of raping a local teenage girl. But before Rachel can settle down to report on the trial, she receives a letter from a woman named Hannah, who wants Rachel to look into her sister's death. Jenny Stills died a decade ago. Her death was listed as an accidental drowning but, Hannah knows that Jenny was murdered, and she knows locals helped cover up what happened. Of course, Rachel can't help but follow her instincts. Now she has two cases on her radar, both involving despicable and deplorable treatment of women. What will it take to bring the culprits to justice?

This captivating story had me up all night. I loved the way it moved back and forth between each woman's story. I think the tension which that created was what made this one such a fantastic read. This well-written novel will be published on the fourth of August by St. Martin's Press, and I'm sure it's one you don't want to miss.


Thanks to St. Martin's Press for allowing me to read the advanced readers copy in exchange for an honest review.

Posted by Susannesbooklist at 8:14 AM No comments:

Review: Autie Poldi and the Vineyards of Etna 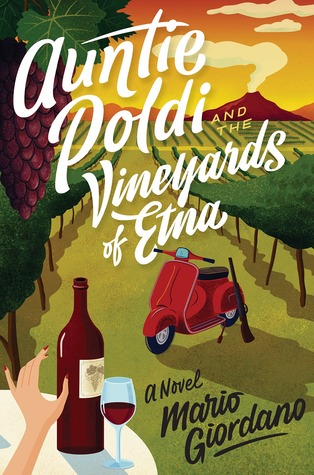 Auntie Poldi and the Vineyards of Etna
Mario Giordano

When Auntie Poldi's water is cut off, her friend's dog found poisoned, and she hears about the murder of a young district attorney; she is sure the mafia is behind it. She's in Sicily, after all. Setting out to discover the culprit behind the dog's death, Poldi ends up getting involved in the murder case of Chief Inspector Montana. As if that weren't enough excitement for one sixty-year-old woman, she discovers a body at a vineyard on the slopes of Etna. Her senses tell her the murders are connected. And when Auntie Poldi sticks her nose into something, she can't let it go, even when she knows death is looking over her shoulder.

Auntie Poldi and the Vineyards of Etna is narrated by Poldi's nephew, an aspiring writer with his share of writer's block. As he points out, his aunt navigates life between two poles: utter joy and the depths of despair. But she knows, like him, that Sicily is a special place, full of complex characters, and mysteries yet to be solved. There is nowhere else she'd rather live. Giordano has written a firecracker of a story, layered with wit, humor, and charm. It's filled with delightful and exotic characters I won't soon forget.

Posted by Susannesbooklist at 8:02 AM No comments: