Review: Bring Me Back

Bring Me Back
B.A. Paris

Finn's girlfriend Layla disappeared a decade ago in France at a roadside rest area. At the time he told the police he was in the restroom and when he returned to his car she had vanished. But, this wasn't exactly the truth. Nevertheless, Layla was never found. Now Finn has a new life but when he decides to get married the past starts to catch up with him with signs and clues that Layla may still be alive.

Bring Me Back is a riveting story from start to finish. I couldn't imagine how it would turn out until I got to the end. Alternating between the past and the present and between Finn's story and Layla's this book is one that will keep you on the edge of your seat. This author knows how to tell a story, and I can't wait to find time for her other two books, Behind Closed Doors and The Break Down.

Posted by Susannesbooklist at 9:52 AM No comments: 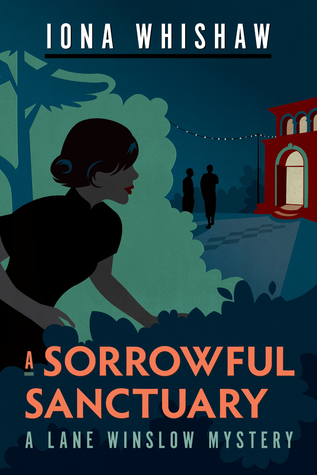 
It's 1947, and Lane Winslow is enjoying her summer in the small town of Nelson in British Columbia. She spends her days visiting neighbors and joining them at the beach. The relaxed atmosphere changes when a young man is found severely injured in a rowboat at the shore. No one knows who he is or where he came from and when he later dies, Lane and her friend Inspector Darling still have no clue about his murder. When another young man, Carl, who lives just outside the town is reported missing by his mother both Lane and the police wonder if there is a connection between the two men. As if this weren't enough to unsettle a small town, several robberies have been reported in the area, and residents are starting to feel a little unnerved.

Instead of relaxing at the beach, Lane decides to spend her time trying to help Inspector Darling and his team to find out who the mystery man is and why he was murdered. Hopefully, they will be able to find the other missing man before it's too late. Whishaw has provided readers with another satisfying mystery with A Sorrowful Sanctuary her fifth in the Lane Winslow series. I became a fan after reading the fourth book It Begins with Betrayal. I enjoy the fact that Lane is a character who knows her mind and likes to take action when she can. Although occasionally and especially in this latest story she and Inspector Darling seem to be at a turning point in their relationship which has her a little out of her comfort zone. I can't wait to read another installment.

Thanks to Touchstone Editions for allowing me to read and review this book in exchange for an honest review.

Posted by Susannesbooklist at 6:36 AM No comments: