Lt. Eve Dallas is faced with a case she needs to solve quickly. Someone is sending packages filled with chemicals to select individuals. Once the package is opened, a toxic fume is released, killing the victim in a matter of minutes. Dallas and her team need to stop the killer before he or she has a chance to spread havoc in the city. But is this a case of terrorism or someone with a grudge or someone looking for revenge? Dallas will stop at nothing to find out.

Golden in Death is a fast-paced story that I enjoyed. This was my first time reading something in this series, and it is clear that the author knows what works. In fact, it took me a minute to realize that J.D. Robb is a pen name used by Nora Roberts. So naturally with so many books in the series and a talented writer like Roberts one would expect nothing less. Furthermore, the characters were well developed, and the story had a good sense of place. I think fans of this series will be entertained.


Thanks to St. Martin's Press for allowing me to read this book in exchange for an honest review.

Posted by Susannesbooklist at 10:54 AM No comments: 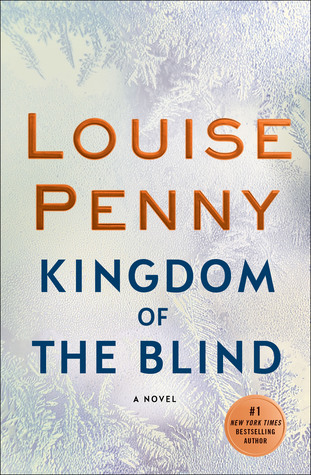 This review was originally written for City Book Review by me.


Posted by Susannesbooklist at 10:06 AM No comments:

Review: Made in Sweden 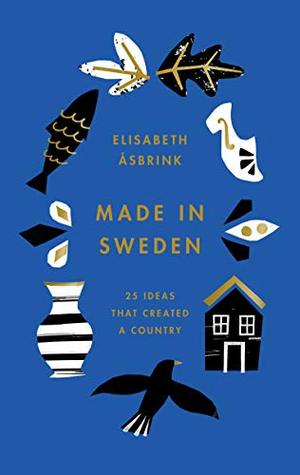 Made in Sweden
Elisabeth Åsbrink

Like many people, I probably had a distorted view of Sweden. I thought of minimalist fashion trends, Ikea furniture, and beautiful music, or if I had recently watched a Swedish television Krimi, I thought of it as a place with too many sleazy motorcycle gangs or petty drug dealers. But, Made in Sweden aims to provide a more accurate look at what makes Sweden the community and nation it is today. The author seeks to explain that while we might think of the country as a tolerant, open, and friendly one, that wasn't always the case, and with the rise of the far-right may become less so in the future.

This is an intriguing and well-written book which covers 25 topics that help shed light on what it means to be Swedish and how the country developed into the nation it is today. I particularly enjoyed the chapter about Carl von Linnaeus, whose classification system of nature is still with us today. I was also a little shocked to learn that between 1928 and 1976, around 63,000 Swedish citizens were sterilized to preserve what was most desirable in the population.

As the book shows, the making of a nation is something that happens over time and a process that is continually evolving. For those who want to see another side of this interesting country, this is a good place to start.

Thanks to LibraryThing and Scribe Publications for allowing me to read this book in exchange for an honest review.

Posted by Susannesbooklist at 1:35 PM No comments: Before I picked up this book, I had no idea the Irish were among the earliest settlers in the Caribbean. The Caribbean Irish is a fascinating look at a somewhat forgotten period of history. During the 1600s, as the British set out to colonize the West Indies, they relied heavily on the Irish as a source of indentured labor. But by the 1800s, the Irish had all but disappeared as their labor was replaced by African slaves.

It is hard to imagine life during Cromwell's reign as he developed a policy to rid Ireland of the Irish, particularly by encouraging the transplantation of those considered undesirable. He particularly singled out political prisoners, or the unfortunate like orphans and widows or anyone at the wrong place at the wrong time. And while some Irish did manage to become planters and businessmen, this account looks primarily at the role of servants, and how their experiences contrasted with that of slaves brought to the island as sugar production became more widespread. Although both lived and worked in deplorable conditions, the indentured servants had at least the hope of being free at the end of their contracts, provided they lived that long, unlike slaves who were kept in bondage without any of hope of freedom. And it seems that by the 1800s as their labor was less in demand, they managed to find other opportunities outside the islands.

I found this to be an engaging account of those who often didn't have a voice during British global expansion into the West Indies. And I liked the fact that this book made me aware of a part of history that I otherwise wouldn't have known about.