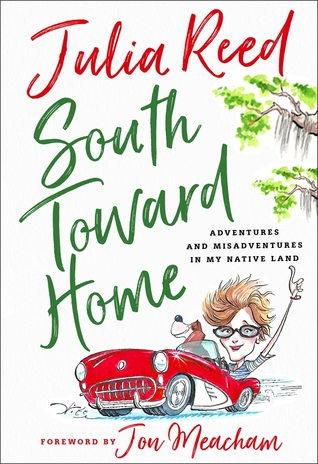 The funny and amusing essays in South Toward Home are all about life in the American South. Frankly, they were just what I needed for a good laugh. In the book, Ms. Reed alludes to the fact that Southerners are often called upon to make their own fun, and from many of the episodes and adventures in this book it is clear that Ms. Reed is quite adept in doing just that. Whether she was attending a food festival in Greenville Mississippi, her hometown or pointing out the tourists in a New Orleans bar and wondering about their behavior, there was always something to like about her observations.

I particularly enjoyed Hell on Wheels where the author explains the love of her first car a 1978 Toyota Celica and all the joy and adventure she had in it. I also enjoyed Going Deep in Dixie and her defense of the Florida panhandle as a summer destination. Most, if not all of these short essays were amusing or told me something I didn't know about the South and as I'm a resident of the region, I'm almost a bit ashamed to admit that I hadn't heard of the author before this book. Of course, I now count myself as a fan of Ms. Reed's style and humor.

So for anyone who isn't familiar with the American South, South Toward Home is an excellent place to dip your toe. I think you will find the quirkiness and charm of southern culture and people spread throughout the pages of this book. And if you like what you read and want to try it out in person, remember (and this is my own observation) it's hot as hell, the mosquitoes are as big as elephants and the poison oak packs a mean punch but otherwise, as this book shows it's all good fun.

Thanks to Goodreads and St. Martin's Press for allowing me to read this book in exchange for an honest review.

Posted by Susannesbooklist at 2:28 PM No comments: 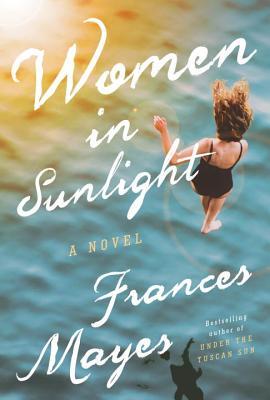 Frances Mayes does it again in this exquisitely written book about a group of women who become fast friends, encouraging and supporting one another in new situations. Kit Raines is already living in Tuscany, Italy when three women rent the villa next to hers; she is unaware that they will come to play a significant role in her life.

The three women in the villa, Susan, Camille and Julia get to know each other when they all turn up at a retirement village in North Carolina known as Country Meadows. Each woman has different reasons for feeling the need to downsize, slowdown and possibly move to an age defined community. But none of the women are sure that is what they want. As they get to know each other, they decide they are not willing to throw in the towel and move to a retirement home. They haven't seen the world yet. As a result of their newfound friendship, they rent a villa in Tuscany where life begins to blossom for all three and where they meet Kit whose life will also change in ways she had not expected.

Mayes takes us on a journey of discovery of friendship, food, culture and travel, along the way I felt like I gained a few new friends. If this book doesn't make you want to pick up sticks and move to Tuscany, I don't know what would. Hopefully, if you do, you will find new friends and adventure just like the Women in Sunlight.

Thanks to Goodreads and Crown Publishing for allowing me to read this book in exchange for an honest review.

Posted by Susannesbooklist at 9:43 AM No comments: