When Vivian Forest's daughter Maddie gets a job over Christmas, to work with a member of the British royal family, she invites her mother to come along. Vivian is thrilled to be staying on the Sandringham estate in Norfolk. And when she meets Malcolm, the Queen's private secretary she is immediately attracted to him. Will her encounter with this elegant man turn into a typical holiday affair, or could it led to something more?

Jasmine Guillory has written a fun romantic comedy that captures the spirit of Christmas in the UK. Vivian is a character that I couldn't help, but love. I am sure other readers will feel the same. Right from the start, I wanted things to turn out well for her. Malcolm was also a fun character, especially when he showed his stubborn side now and again. The mix of well-developed characters and a fantastic setting is what makes this book work. And if you thought romance was dead, you will be thrilled to find that it is alive and well in Guillory's world and buzzing thorough the pages of Royal Holiday. This will be a great holiday read for those looking for a contemporary, heartwarming story.

Posted by Susannesbooklist at 10:06 AM No comments:

Review: You Me Everything 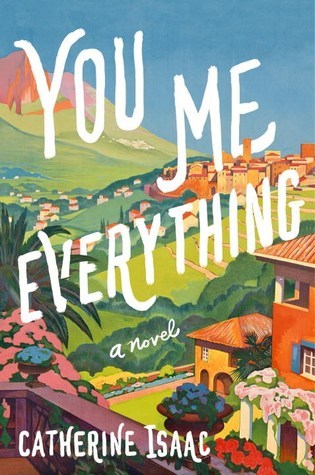 You Me Everything
Catherine Isaac

When Jessica decides to take her son, William, on holiday to a French chateau, she does so with more on her mind than just a relaxing getaway. The chateau in question has been restored and now operates as a hotel run by her former boyfriend Adam, who happens to be William's father. Her mother, who suffers from the debilitating Huntington's disease, has convinced Jessica that William needs to get to know his father, even if Jessica isn't keen on the idea. Jessica has her reasons for not wanting to go first because she isn't convinced Adam is up to being a parent and also because she has a secret she's been keeping from both Adam and William.

Although You Me Everything is a sad story, as it deals with disease and broken relationships, it doesn't disappoint. It's full of interesting characters, scenery and complete with a satisfying end. The author does such a good job of developing the characters, by the time I finished reading, I felt as if I'd been in the French countryside with them. But, before you get to the end, you might find, like me, that you need a tissue or two.

Posted by Susannesbooklist at 7:22 AM No comments: