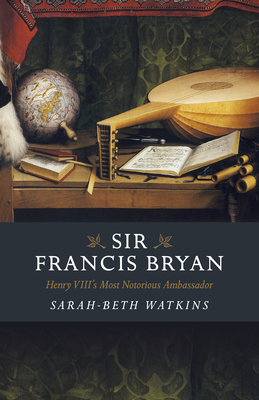 Sir Francis Bryan was a member of Henry VIII's inner circle, and throughout his life, he served the King in various capacities. But more often than not, he seems to have sent his time representing the King as ambassador to France. Bryan spent much of his time engaged in Henry's obsession with either declaring war on France or finding ways to outmaneuver his on and off again neighbor and ally. As one of Henry's most trusted friends and members of the court, he undertook numerous missions for the King. Even traveling to Rome to help persuade the Pope to agree to Henry's divorce from Queen Katherine so that he could marry Ann Boleyn, a cousin of his from his mother's side of the family. He was also related to another of Henry's Queens, Katherine Parr.

Unlike many others at Henry's court, Bryan managed to stay mostly on the right side of the King, even as the King became increasingly unpredictable. He managed to outlive him and serve his son King Edward VI. From this account of his life and work, I found myself wondering when he had time for a private life; he was so busy traveling and working for the court.

Before picking up this book, I didn't know anything about this man who played such a significant role in Henry's life. Not only was this a well-written account of his times, but it was also fascinating. I enjoyed seeing how many familiar figures from history were related to one another and how they fared during changing times. If you are as intrigued by Tudor history as I am, this is a book you will not want to miss.

Posted by Susannesbooklist at 12:10 PM