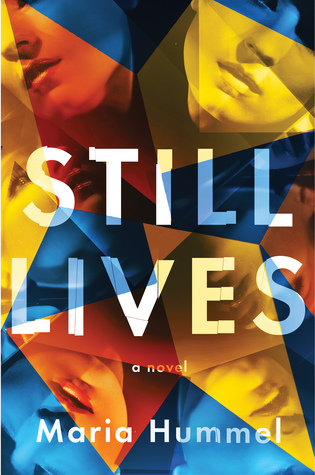 Maggie Richter is a copy-editor at the Rocque Museum in Los Angeles. Reluctantly, she attends an opening of a new exhibition entitled Still Lives, in which the controversial artist Kim Lord appears painted as various famous female murder victims. Maggie didn't intend to make an appearance at the opening since Kim Lord is the reason for her breakup with boyfriend Greg Shaw Ferguson, but work comes first. The only problem with the exhibition is the missing artist. Kim Lord is nowhere to be found, and it isn't clear if it is a publicity stunt or if she has disappeared. When she fails to contact anyone for days, it becomes clear that something has happened to the artist.

Not long after, Greg becomes a suspect in her disappearance and Maggie is trying hard not to get swept up into events, but she finds it hard to believe that Greg could hurt anyone. It makes her think long and hard about who from the museum could be involved with Kim Lord. Of course the more involved she becomes, the more likely she is to become a target as well.

This smart, fast-paced mystery is filled with glimpses into the L.A. Art scene and the lives of those who make a living out of the creative process.

Thanks to Counterpoint Press for allowing me to read this in exchange for an honest review.

Posted by Susannesbooklist at 9:01 AM