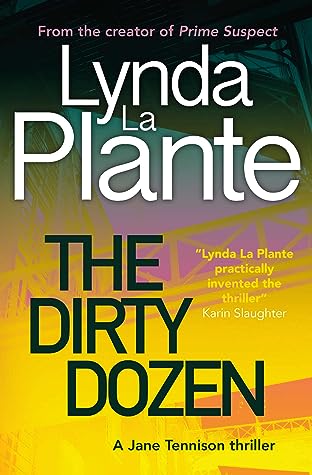 Jane Tennison has been assigned to the Flying Squad, a police unit that investigates robberies. She is the first woman to join this elite group that likes to call itself the Dirty Dozen. Not only is the head of the unit DCI Murphy not keen on having a woman on the team, but Jane has arrived just as a violent gang is robbing a bank.

While trying to investigate the crime, Jane has to cope with the bad humor of the men and, to top it off, there is also a jealous female secretary lurking in the office. Plus, there are a few problems on the home front as well. When her brother-in-law gets into a spot of bother, he calls Jane for help. Life is tough as a female officer, but it is clear that Tennison wouldn't want any other kind of job. And while the criminals may seem one step ahead of the police, it is clear the Flying Squad will dig deep to get results and even though Tennison is a woman she is definitely proving to be an asset to the team.

As a fan of the Prime Suspect series, I was thrilled to get a copy of The Dirty Dozen. La Plante creates a thrilling drama that will keep readers on their toes. I loved that this book examined the role of a strong female trying to overcome obstacles to do what she loves. The characters were all well developed, and the pace and tension throughout were good with a well-developed plot. This was a satisfying read and one I am sure others will enjoy.

Thanks to Goodreads and BonnierZaffre for allowing me to read this book in exchange for an honest review.

Posted by Susannesbooklist at 7:06 AM