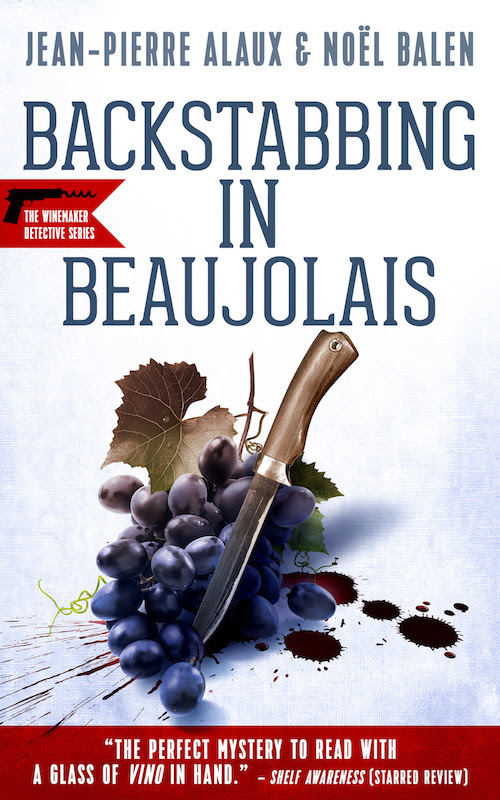 Benjamin Cooker and his assistant Virgile are back in another installment of the Winemaker Detective series. They have been commissioned by Guillaume Périthiard to help restore a wine estate in Beaujolais. Mr. Périthiard wants to become a major force in the region where he grew up. But not everyone is happy about his plans. Things take a turn for the worse when one of his new employees dies while out hunting.

While overseeing the restoration of the vines and wine making equipment Benjamin and Virgile must find out who is behind the murderous attempts to sabotage Mr. Périthiard's business interests.

Once again the authors have written an interesting mystery full of beguiling characters, descriptions of delicious food, wine and scenery from the French countryside. I can't imagine a better way to spend a lazy afternoon, than with Benjamin and Virgile traveling around Beaujolais looking for answers to Mr. Périthiard's problems. All you need to accompany this book is a good glass of wine.

Thanks to Netgalley and Le French Books for allowing me to read this book in exchange for an honest review.

Posted by Susannesbooklist at 8:14 AM