Grace and Frankie
Season One

This Christmas DVD present is turning out to be a favorite. Of course with Jane Fonda and Lily Tomlin playing lead roles alongside Martin Sheen and Sam Waterston how could it not be. Grace, played by Jane Fonda and Frankie, played by Lily Tomlin, learn that their husbands, who are business partners, want to divorce so that they can marry each other. Of course the whole family, or rather both families will have to come to terms with the situation.

It's hard to imagine a more dysfunctional family. If your looking for a funny series, it doesn't get much better than this one.
Posted by Susannesbooklist at 11:35 AM No comments: 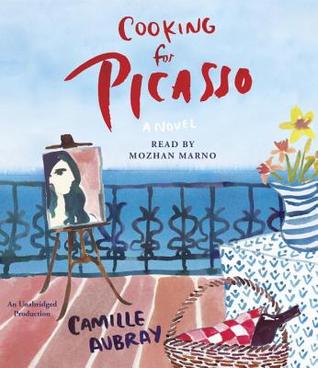 In 1936 Ondine, who is seventeen years old, is sent by her father, the owner of Café Paradis, to cook at the villa of a man who wants to paint Incognito in Southern France. Ondine sees this as her chance to get away from her family and life at the cafe for a while. The encounter with the famous painter is one that will change her life dramatically. In 2016 Celine a Hollywood makeup artist is in Antibes to look into the stories told to her by her mother about her Grandmother Ondine.

This smart, charming book is two stories in one. I have to say it's probably one of the most interesting books I've read (or listened to) all year. I say, listened to because I received an audio version of this book. It was my first experience with an audio book, and I just loved it, both the book and the experience. The packaging was beautiful as was the reading. The narrator, Mozhan Marno had a beautiful voice that made the story come alive for me. I think readers who enjoy books about France will love this one.

Thanks to Blogging for Books for allowing me to read (or rather, listen to) this book in exchange for an honest review.
Posted by Susannesbooklist at 2:05 PM No comments: 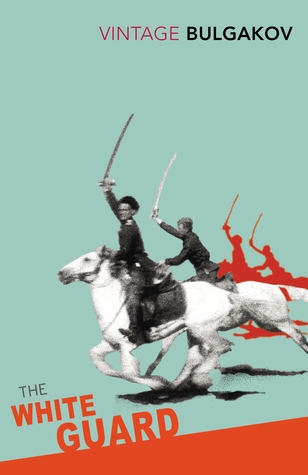 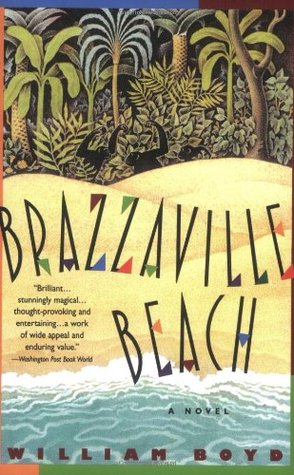 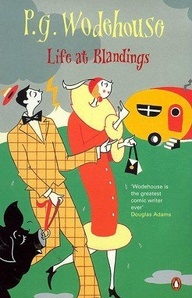 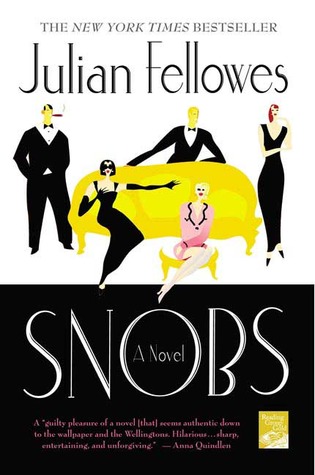 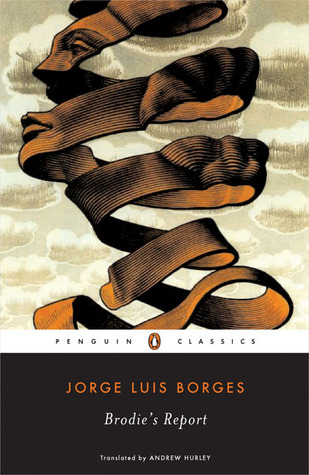 What do you think? Do you have any favorite books that you would like to find time to re-read? Leave me a comment below. I would love to hear about them.
Posted by Susannesbooklist at 9:31 AM No comments: 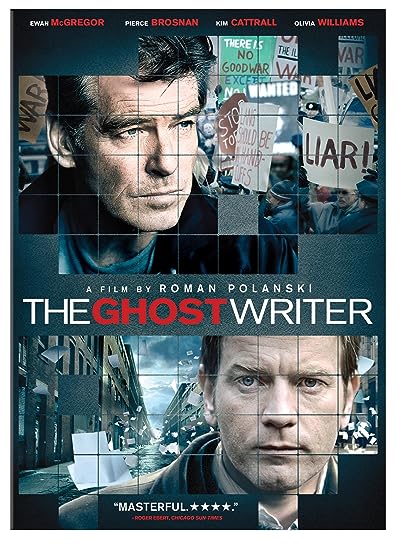 The Ghost Writer
A film by Roman Polanski

If you're looking for an interesting political thriller that will keep you amused and guessing until the end, then this is a film I would recommend. The Ghost writer, the main character played by Ewan McGregor, has the task of writing the memoirs of the former British PM, played by Pierce Brosnan. As the ghost writer sets out on his task, the former PM gets tangled up in a scandal that just might ruffle some international feathers. The story is what makes this film so good but the cast of well known actors is another thing that made this interesting for me. It's one I've watched more than once. And for everyone who prefers reading to watching, this film was adapted from the novel The Ghost by Robert Harris. I haven't read it but if it's anything like the film I'm sure it's a good read. 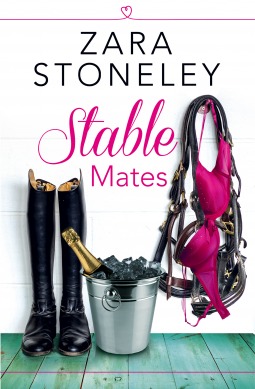 Lottie and her father Billy are devoted to the Folly Lake Equestrian Centre. But, when the owner Marcus, dies, it falls to his widow Amanda, (who incidentally hates village life and anything to do with horses) to decide it's fate. What would Lottie and Billy do without the centre. It was only by working there that Billy was able to get over the death of his wife, Alexandra. And what about all the other fun characters that round out this book? What does the village of Tippermere in Cheshire, England mean to them? If you're a fan of Fiona Walker, or if you enjoy country life, horses and village scandal then you will want to read along and find out what happens in Tippermere. It's fun, lighthearted and while I didn't think it had anywhere near the electric tension and conflict found in Fiona Walker's books, it was nonetheless entertaining.
Posted by Susannesbooklist at 5:49 AM No comments: 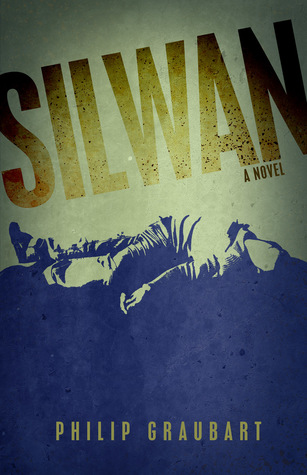 Judah Loeb, a Los Angeles Times, crime writer is concerned he might be losing his job when an old college friend, Cliff offers him a job. The assignment is to write a book about the Israeli-Palestinian Problem. Judah hasn't been to Israel since he spent time there many years ago as a college student, together with his then-girlfriend Ilana. With help from his fifteen-year-old daughter Hannah navigating social media, he finds Ilana is now living in Jerusalem, married to he one-time best friend Moshe Weinstein.

When he and Hannah make their journey to Jerusalem, for research purposes they are invited to stay with Moshe and Ilana. Since they last saw each other, Moshe has become a renowned activist for causes affecting both Israelis and Palestinians. But the night after Judah and Hannah arrive, one of Moshe's assistants, a Palestinian, is killed. Moshe is arrested for the crime, even though no one can believe he did it. From here on Judah will have to investigate this crime as well as come to grips with how he feels about Ilana and the actions of Moshe.

Silwan is a skillfully written story that allows the reader to follow Judah in his quest do discover what really happened to the characters in this story. In a way it's quite subtle, but it very convincingly displays Judah's feelings of discomfort, and Hannah comes across as a very spunky but resourceful teenager. It was vividly written. I could hear, smell, and taste Jerusalem throughout the descriptions. I think it captured the chaotic nature of the city and its inhabitants very well. It also seemed to suggest that no matter how much Judah tried to focus on the big picture he was researching-- even though he was unsure why he was hired for the job-- he always came back to the questions that revolved around his relationship with Ilana and their past together.

I did feel that the ending just faded away a bit. I think I might have preferred something stronger. It left me with lots of questions about why Judah and Hannah didn't confront Moshe about his actions more forcefully. Throughout the book, all the characters spent a lot of time giving opinions, reasons, and justifications for their actions or views, and at the end I think I was expecting more of this or maybe something less subtle. Nevertheless, I found this to be an engaging and entertaining book.

This Review was originally written for and published by San Francisco Book Review
Posted by Susannesbooklist at 11:45 AM No comments:

Review: Rather Be the Devil 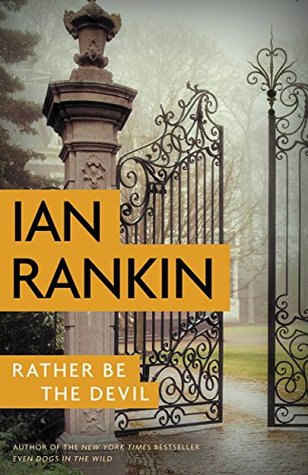 Rather Be the Devil
Ian Rankin

Retired but without a hobby, and suffering from health problems is how we find John Rebus in Rather Be the Devil. As a result, his attention has been turned to a cold case that happened in the 1970's when a wealthy socialite, Maria Turquand was killed at the famous Caledonian Hotel in Edinburgh.

While examining the old case files, a seemingly unrelated local gangster Darryl Christie is attacked outside his home. There are several suspects and at least one has a connection to Anthony Brough, an investment banker, currently missing, and whose Grandfather was connected to the Maria Turquand case. Rebus is drawn into the Christie case by way of knowing both the victim and the investigating officers. But could there really be a connection that enables Rebus to solve the 1970's cold case?

Rather Be the Devil is a fantastic read with twists and turns that meander all over Edinburgh. It's carefully plotted, full of atmosphere and gripping as well. I found myself barely able to put it down. While I have to admit I've been a fan of the television version of Rebus for some time this is my first time reading a novel by Ian Rankin. I don't know what took me so long to read one but now that I have I can't wait to read more.

Thanks to Netgalley and Little, Brown and Company for allowing me to read this book in exchange for an honest review.
Posted by Susannesbooklist at 6:46 AM No comments: 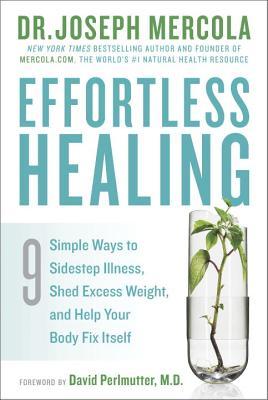 If you are interested in alternative medicine or just learning more about how to look after your body and mind then Effortless Healing is a good place to start. It's filled with useful advice to help you make sure your body is functioning at its best. Dr. Mercola's nine principles are designed to make you think more about what you put into your body and why. He also provides clear reasons for recommendations both for and against certain foods, drinks or other products.

The book begins with the first principle with is devoted to the reasons why it is important to drink the best quality water available and moves on to eating more vegetables as well as getting more vitamin D from some sun exposure. It goes on to cover how you may be able to exercise less but burn more fat while doing so. I particularly liked learning more about principle six: Let Your Gut Flourish, which gives some detail about the numerous bacteria that live in our stomach and why they play a vital role in our health. It continues with other important aspects that can affect a body's well being such as getting enough sleep, and having a good laugh.

Overall, the book is full of helpful advice on how to help your body function at it's best. I loved the fact that every principle begins and ends with a short summary pointing out the important highlights. That makes this book easy to use both during an initial reading and when using for later reference. If nothing else, I think this book will encourage readers to think more carefully about what kinds of products they are consuming and how these may either help or hinder their overall well being.

Thanks to Blogging for Books for allowing me to read this book in exchange for an honest review.
Posted by Susannesbooklist at 11:34 AM No comments: