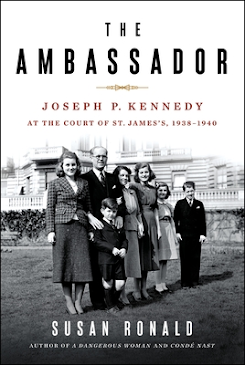 The Ambassador is a fascinating look at Joseph P. Kennedy's time as Ambassador in London between 1938 and 1940. Appointed by President Roosevelt, it was clear from the start that Kennedy had only his own interests at heart. As WWII approached, he remained overwhelmingly against the United States getting involved. Even when the administration moved closer and closer to helping the Allies, Kennedy railed against the situation's futility. In the end, his inability to support the British government and his continued bluntness and self-interest caused a rift not just between himself and President Roosevelt but also with British politicians who wondered what he was still doing in their country.

As I read this, I was surprised by his pro-fascist tendencies and his tendencies to view everything through the lens of economic advancement. His eldest son Joseph seemed to harbor the same views as his father. His lack of diplomatic skills and unwillingness to support his own administration's policies seemed almost incomprehensible to me. He often made statements on his own without going through the approved channels. In some ways, he reminded me of another recent pseudo-politician who either refused to follow protocols or dispensed with them when not in his own interests.

I especially enjoyed the look back at The Ambassador's early life and that of his wife. Rose seems to have been a distant mother to her nine children, which I hadn't expected to be the case. But perhaps times were different then. I found Kathleen or Kick as she was known to be a fascinating person. She managed to chart her own course, even if it didn't turn out to be as happy as she planned. All in all, this was a well-written and researched book that was enjoyable to read.

Posted by Susannesbooklist at 2:01 PM No comments: 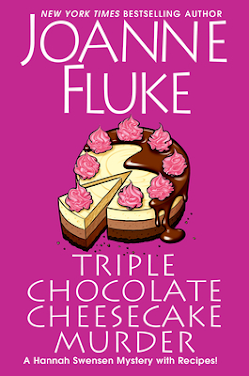 
When Mayor Bascomb of Lake Eden, Minnesota, is confronted by Hannah Swensen's sister Andrea about something her husband Bill, the town's Sheriff, did, she loses her temper. The mayor is found dead later the same day, and Andrea is a prime suspect in his murder. Of course, Hannah knows without a doubt that Andrea couldn't kill anyone. Between baking cookies for her cafe, she and friend Norman try to help local police officers, Mike and Lonnie, find out what happened. They will have their hands full considering how many people disliked the mayor.

Fans of this series will be pleased that Fluke has again produced a cozy, culinary delight that brings together family, friends, community, and an emphasis on sisterly love. Hannah is her usual thoughtful self, eager to help protect her family and catch a killer. Plus, there are enough recipes included throughout to keep fans happy. I couldn't help but feel that this book needed more backstory. Particularly regarding the death of Ross and why Hannah moved out of her condo. Without more of a recap or explanation, I almost felt I needed to go back and read a previous book to catch up with the story. Otherwise, this is a fun and light cozy mystery.

Posted by Susannesbooklist at 10:19 AM No comments: 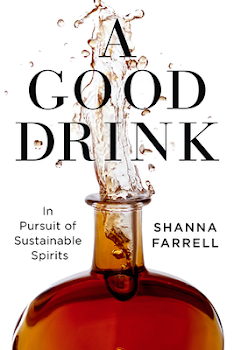 Have you ever wondered what's in your cocktail or drink? Or where the ingredients that go into the alcohol are produced or grown? In A Good Drink, Farrell examines the world of distilling and brewing, questioning why customers aren't more interested in the origins of the drinks they are consuming. With the increasingly popular farm-to-table movement and increasing interest in how and where our food is produced, it has become easier to identify the region, state, or actual farm where something is grown. Not so, where beverages are concerned. Partly because the crops that go into making whiskey, rum, and beer, like corn, barley, and cane sugar, are commodity crops often produced on a large scale basis and shipped around the world. So it isn't easy to pinpoint the origin. Also, alcohol and spirits in the U.S. are regulated by the Tobacco Tax and Trade Bureau and not the Food and Drug Administration, where rules are different, allowing producers to use color additives more regulated in our food supply. But some producers and consumers want to change the status quo, and Farrell introduces us to a number of them in this book. Providing an interesting and insightful look into the challenges and hurdles they face as they try to change the industry.

A Good Drink made me think a lot about the sustainability of mono-crop production and the environmental issues that create changes in our agricultural system. The next time I have a cocktail or glass of whiskey, I will be more likely to wonder where and how it was produced. Hopefully, this book will make others more aware and interested in the future sustainability of spirits and how awareness may make us all more discerning customers in the future.

Thanks to Island Press for allowing me to read this in exchange for an honest review.

Posted by Susannesbooklist at 10:58 AM No comments: 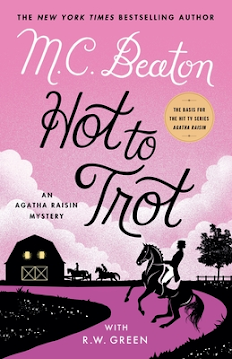 Agatha Raisin doesn't want to admit that the marriage of her friend and once-lover Sir Charles Fraith is getting her down. She might be over him romantically but she can't stand the bride-to-be. An obnoxious upstart as far as she's concerned. After an unsuccessful attempt to crash the wedding, she tries again to attend a masked ball uninvited. The only trouble is, as she's leaving, albeit, after an altercation with the new wife Mary, that very same woman is found dead in the stables. Now both Agatha and Charles are suspected of murder. It will be up to Agatha to get them both out of another mess. But before she can do that, she'll have to confront her feeling about her ex-husband James who's recently returned to the village as well.

I absolutely adore this series. And I loved Hot to Trot. Agatha is her usual cranky self in this installment, but she's also lovable, vulnerable, and loyal to the core where her friends are concerned. Mrs. Beaton had a writing style that brought new meaning to the cozy novel with fun, compelling mysteries full of enticing, charming settings, and a raft of characters you couldn't help but love. Sadly, Mrs. Beaton passed away in 2019.

This review was written by and originally published by City Book Review.

Posted by Susannesbooklist at 9:07 AM No comments: 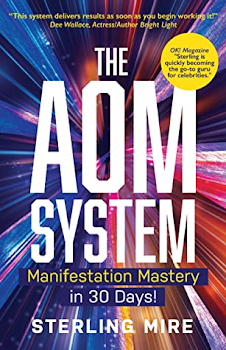 What is the AOM system, you ask? According to Sterling Mire, it's the art of manifestation. If you follow the principles of the law of attraction but feel you have difficulty putting it into practice, Ms. Mire has developed a system to help set you on the path to manifesting your desires. She starts by explaining why it's necessary to clear your past ideas, the ones that have been holding you back. This is done by writing release letters to those who have caused you to see yourself negatively or prevent you from being your authentic self. You are encouraged to develop a twelve-month plan by imagining what you want to experience in your life and an action plan that will nudge you toward your goals. By following her tips for creating your day and reviewing it often, you should see signs of change in thirty days.

The best thing about this book is that Ms. Mire makes this a fun and easy process to follow. She provides excellent tips to help you incorporate her plan into your day. The numerous examples and stories from clients she has helped are inspiring. I plan to take a second look at this one and try implementing her suggestions to see what I can create. 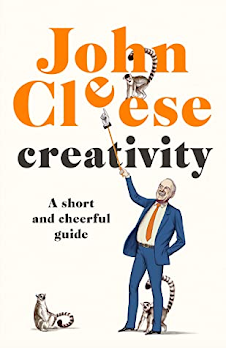 A Short and Cheerful Guide

According to John Cleese, creativity is something one can learn. In this short, fun, and yes, very cheerful guide, he provides tips for encouraging and practicing creativity. The first tip is to let your unconscious mind do most, if not all, of the work for you. Use it to play with ideas and thoughts, just like children do when playing or daydreaming. Secondly, he gives some more specific tips and tasks, such as writing what you already know about or thinking about how your mood will affect the creative project or endeavor you are working on because it will likely affect the outcome. And perhaps most importantly, don't worry about making mistakes or about the result. Just start something creative and see what happens. You might be surprised.

This well-written, little gem of a book would make a wonderful gift for anyone hoping to boost their creativity. It's one of those things you can turn to when you need a little pick me up. It's short, in fact, almost a bit too short for me. By the end, I found myself wishing for more tips and anecdotes from this talented author. Nevertheless, it covered an engaging theme, offering sage advice. 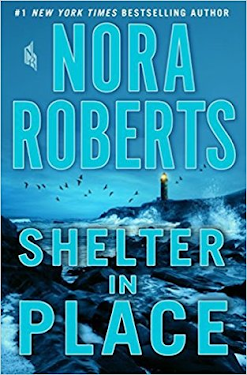 One summer evening in Portland, Maine, the unthinkable happened. Gunmen opened fire in a shopping mall. In an instant, many were dead, and those who survived were traumatized and haunted by the incident. Some of the survivors connected with each other and attempted to go on with their lives, but others felt they had a mission to find out more. Why did it happen, and who was really behind the violence. Essie McVee is one of them. She was the first police officer on the scene, and she can't put the event behind her. Reed Quartermaine is a young man who helped others, and this would lead him, with the help of Essie, to become a police officer. After losing a friend in the incident, Simone Knox struggles to find her identity until she takes up art and sculpting. The survivors are getting their lives back together when someone starts killing them off one by one. To find the killer and learn more about how the incidents are related to the mall shooting, Reed and Essie will have to work overtime. But they are determined to put a stop to all the violence.

Shelter in Place is a page-turner, delving deep into the characters' lives and actions as they try to process traumatic events and move forward. This one is well-written with a bit of mystery, romance, and enough action to keep fans turning pages right up until the end.

Posted by Susannesbooklist at 11:51 AM No comments: